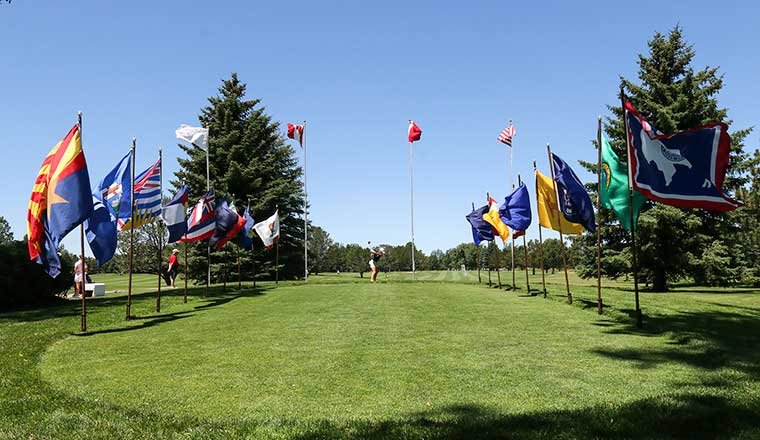 The role of the Team Captain is to support, encourage and attend to the needs of the Team. Team Captains and assistant captains, if present, may give advice to members of their team in accordance with USGA Rule 8/1. Captains must keep in mind the importance of maintaining pace of play when advising team members, undue delay could result in a warning and/or disqualification. Team Captains are not allowed on the green during the competition rounds.

There will be the same Team Captain for each Team throughout the Tournament and the only one allowed to communicate with players.

The current year Team Captains comprise the Girls Junior Americas Cup Committee. Each Team Captain has a vote. The Team Captains' meeting is scheduled the evening prior to the practice round of the GJAC Match. The Host Team Captain arranges and conducts this meeting. The Executive Board secretary shall take the minutes of this meeting.
The minutes of the meeting shall be typed, duplicated and distributed to the GJAC Committee either at the current tournament site along with the Final Result Sheet or mailed within one week of the last day of the Tournament.

The Rules of Golf shall govern play. The Committee, whose decision is final, shall settle all questions /disputes. The Committee: Head Rules Official, one pre-determined member of Host Organization and one Girls Junior Americas Cup board representative.

The Host Tournament Committee consists of the Tournament Director, Host Captain, Host Club members and volunteers and is responsible for organizing and running the Tournament.

Your Team Captain is responsible for you and your welfare as you travel with the Team and while you participate at the GJAC Team Matches. You are asked to please behave responsibly.

The information provided here will serve to support host organizations in their planning of the Girls Junior Americas Cup. Most of the forms necessary are available as google docs.

The affairs of the Girls Junior Americas Cup Team Matches shall been overseen by an Executive Board consisting of a minimum of five (5) and a maximum of seven (7) Team Captains. An Executive Board member must have served at least three (3) years as a GJAC Captain.

Officers of the Organization shall be President, Vice-President, Secretary and Treasurer and such other officers as the Board may by resolution create. Officers will serve a two-year period.